I'm Interested In The This Live Event!
LEARN MORE ABOUT THE EVENT 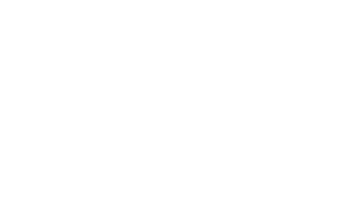 Power to Peasantry:
The Art of Being a Woman in Tudor England
Some browsers will automatically turn off the sound of a video. This is out of our control. For optimal enjoyment of the above, either click the unmute icon if it is visible, if not (which can be the case on mobile phones)  click on the 'full view' icon in the bottom right and then go to the top right hand corner of the screen to unmute.
Event Goes Live
23-24 October 2021

PLEASE NOTE: WHILE CHECKOUT PRICES ARE SHOWN IN US $, YOU CAN PAY BY YOUR CARD IN YOUR LOCAL CURRENCY. IT WILL BE CONVERTED AT CHECKOUT. FOR THOSE INTERESTED IN £STERLING THE TICKET PRICE EQUATES TO AROUND £15. 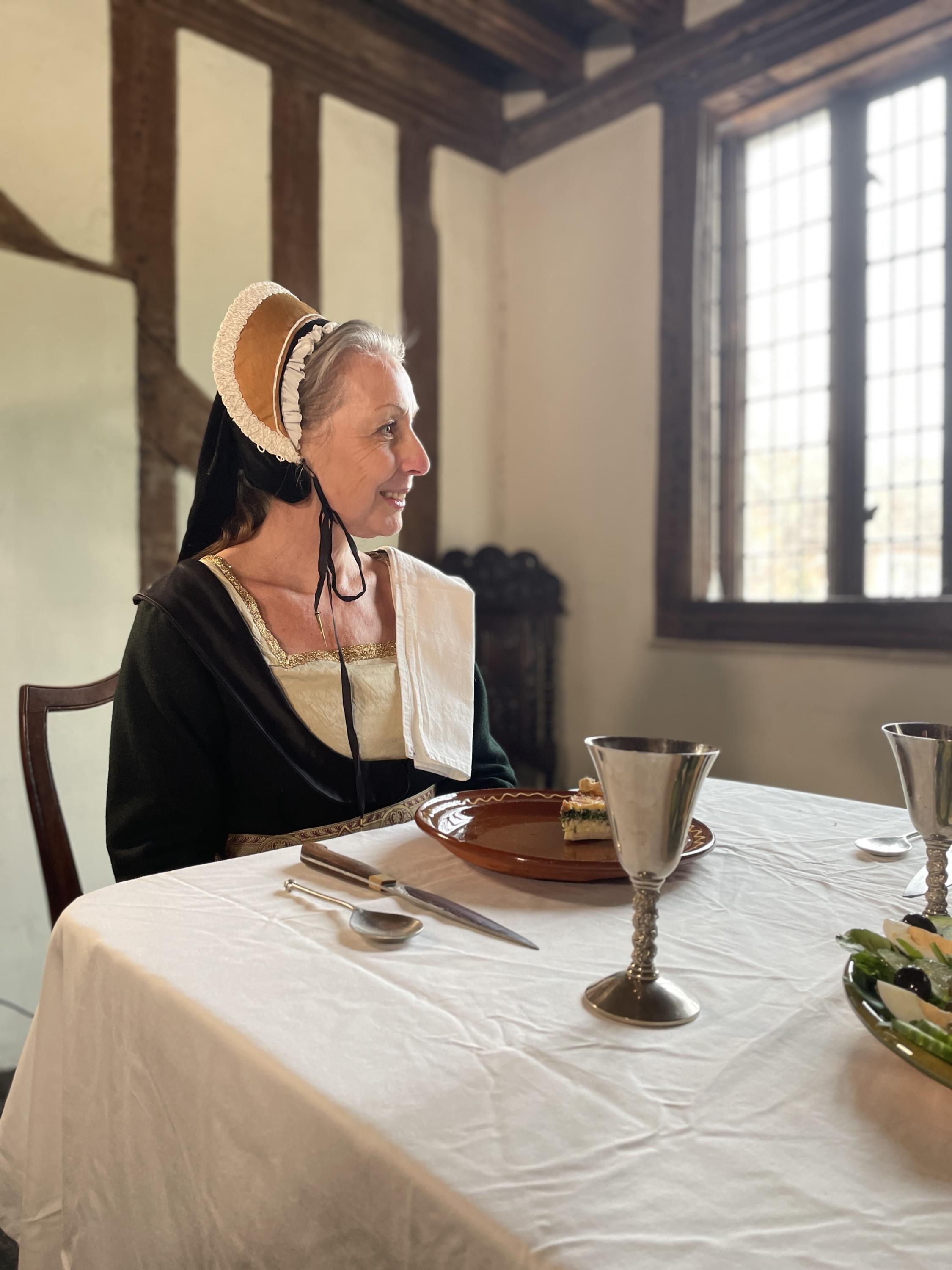 The Tudor Travel Guide’s fourth virtual summit aims to explore what it was like to be a woman in Tudor England. From royalty and the great aristocratic ladies of the land, through to the mercantile classes, with the help of five experts, we will unpack the many and varied aspects of the expectations placed upon women at the time and how women enacted – and even challenged – those expectations!
Learn from World-Leading Experts
Through conversation and demonstration, in this virtual summit, we will begin with our lead speaker, Professor Suzannah Lipscomb, who artfully unpacks the religious and societal expectations placed upon women and challenges us to look again at the stories told across the centuries by a patriarchal society.
As we move deeper into the summit, we explore the lives of Tudor women through three different lenses: how these women expressed their power and status through the buildings they owned; through the art they commissioned and the way they dressed.
Finally, we will be able to slip through time to join the household of a wealthy merchant and his wife and be a fly-on-the-wall as we watch the women of the house go about their everyday life; from running the house to greeting and providing hospitality for guests; we enjoy an insider's snapshot of the art of being a woman in Tudor England!
Please note: All videos are pre-recorded. They will go live at scheduled times over the weekend. You can either watch each video as the schedule unfolds over the weekend or if you can't make the dates/times, you will be able to watch any of the videos at ANY time after they go live until 30 November 2021.
Here is our agenda for this online, weekend, virtual event:
Day One - October 23rd
Prof. Suzannah Lipscomb: The Art of Being a Woman in Tudor England: An Overview. We kick off our summit with the incredibly knowledgeable Prof. Suzannah Lipscomb. We are so lucky that Suzannah joins us to set the context for the summit, tackling some of the key themes that governed women's lives in the sixteenth century.
Emma Rutherford: Miniatures: The Secret Art of Communication. While miniatures were used extensively in Tudor England by both sexes, in this session we particularly look at how women used them for personal - and often intimate - self-expression with significant others.
Day Two - October 24th
Dr Rachel Delman: The Power Houses of Aristocratic Women. Guided by Rachel's expertise, we will discover how aristocratic women used the built environment to demonstrate their status and power; including the examples set by Margaret Beaufort at Collyweston; Bess of Hardwick at Hardwick Hall; Margaret Pole at Warblington at Katherine Courtenay at Tiverton Castle.

The Tudor Tailor: Homespun Not Homemade: Women’s Roles in Typical Tudor Clothing Production. We are in safe hands as the Tudor Tailor, consisting of Jane Malcolm-Davies and Ninya Mikhaila, explain the role of the Tudor housewife in the production of garments for the household - and you will see how an ordinary housewife would typically dress from the undergarments to the finished ensemble!
The Companye of Merrie Folke: The Everyday Life of a  Merchant's Wife. Join Sarah as she slips through the veil of time and follows the women of the household at Paycokes, Coggeshall, Essex from the mistress of the household, through to the housekeeper and maids. She how their day unfolds and the challenges they meet along the way.
Introducing Your Speakers!
Our speakers are all world experts in their field...
Prof. Suzannah Lipscomb 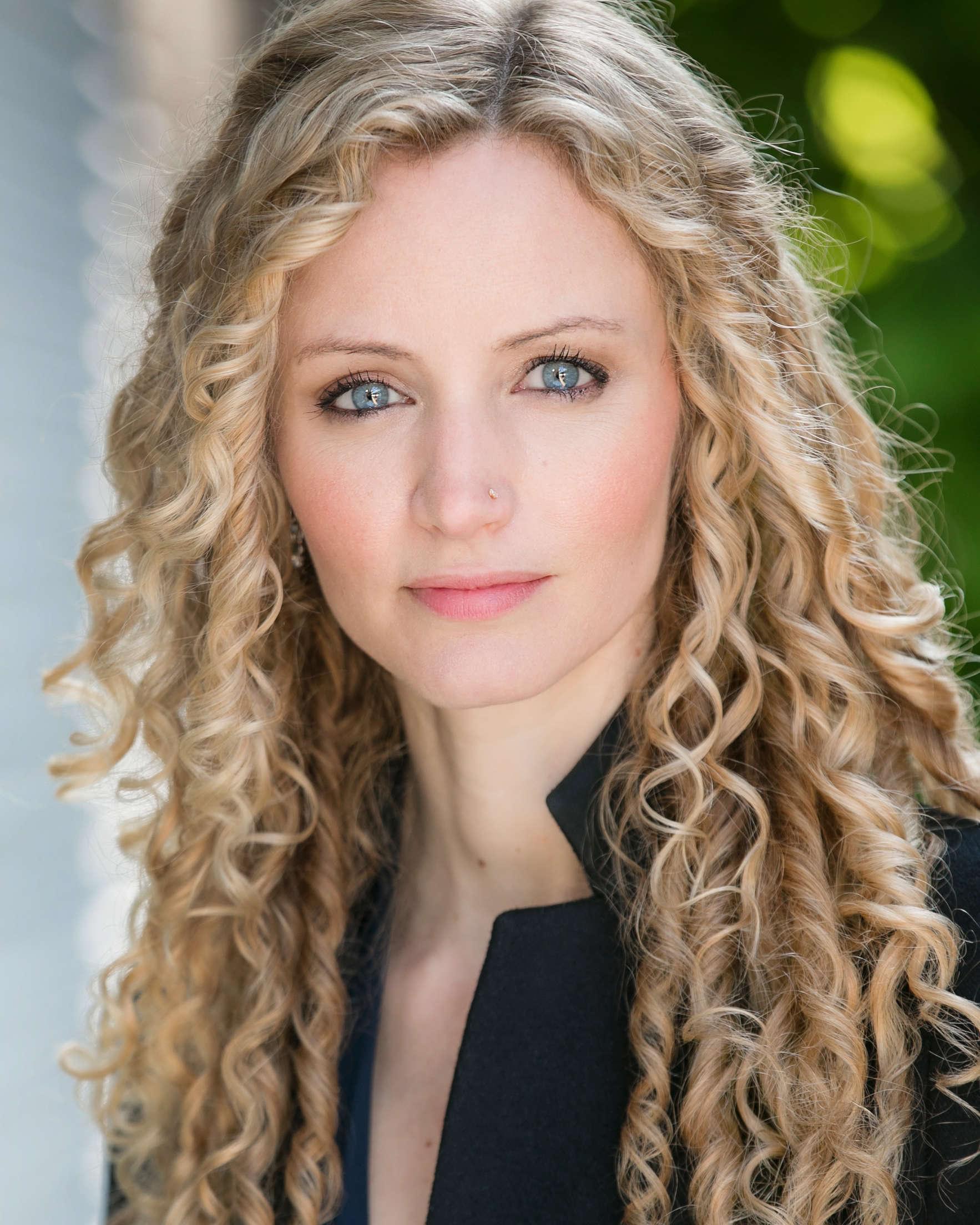 Suzannah Lipscombe will set the scene by describing the key stages in the life of a sixteenth century woman and the societal expectations that commonly shaped their everyday of experience. Along the way, we will contrast the similarities and differences between those at the very pinnacle of Tudor society with the middle and lower classes.
Dr. Rachel
Delman 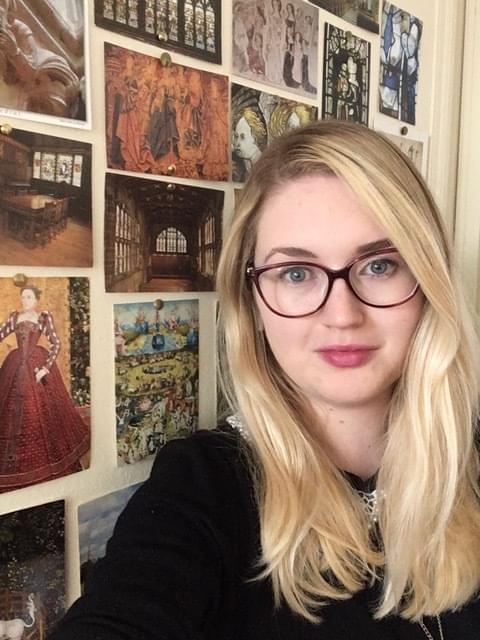 Rachel Delman is a Leverhulme Early Career Fellow in the Department of History. She works on the later medieval period and specializes in women’s and gender history, material culture and the built environment. We will be discussing some of the power women of the age and how they expressed that power through the domestic buildings they owned and presided over.
Emma
Rutherford 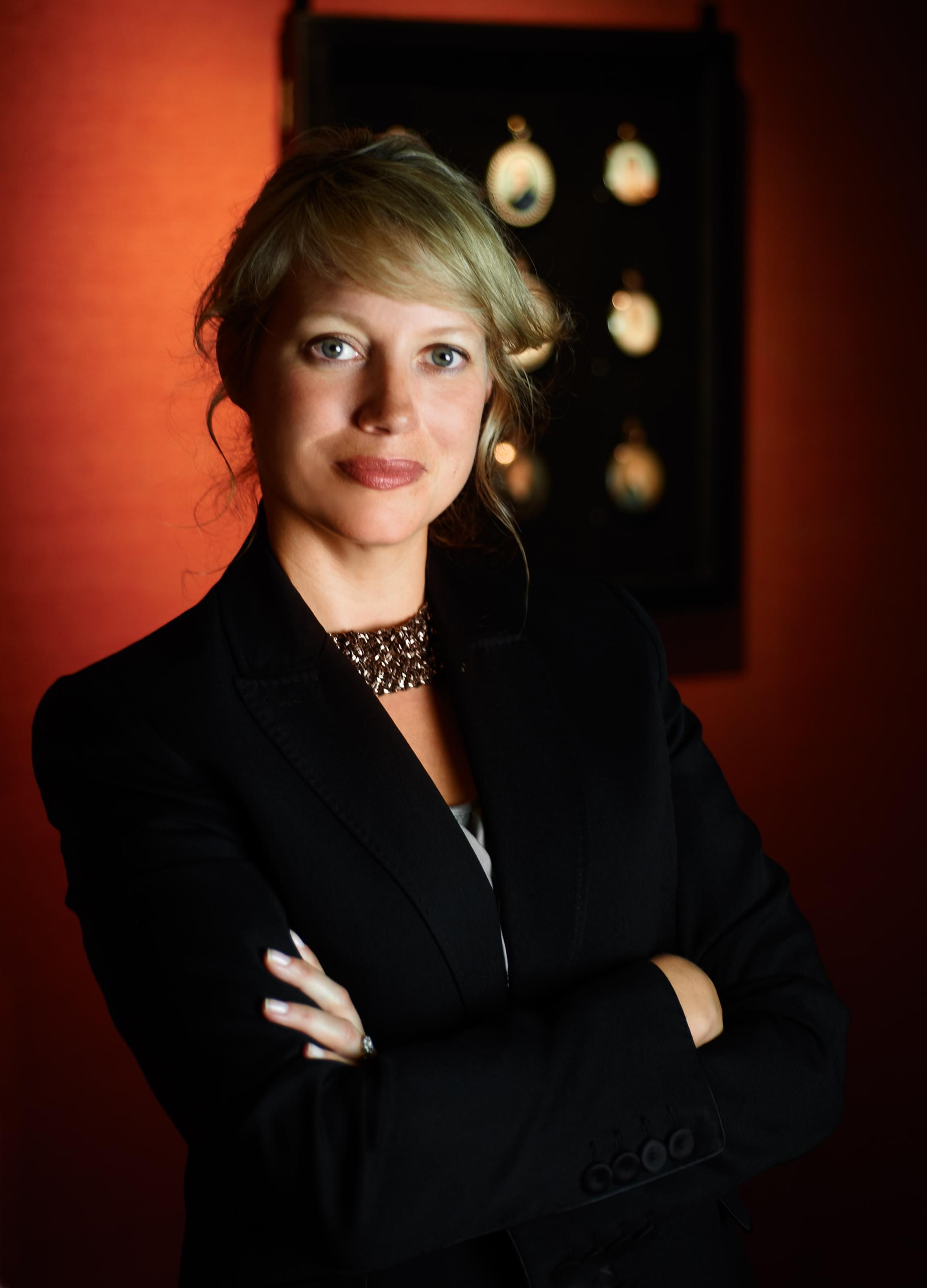 Emma Rutherford is an expert on miniatures. She set up the Portrait Miniatures Department at Phillip's Auctioneers and currently works for the Philip Mould Gallery in London. Emma will help us understand the use of portrait miniatures in the lives of aristocratic women and share with us the story of an extraordinary female limner of the day: Lavinia Teerlinc 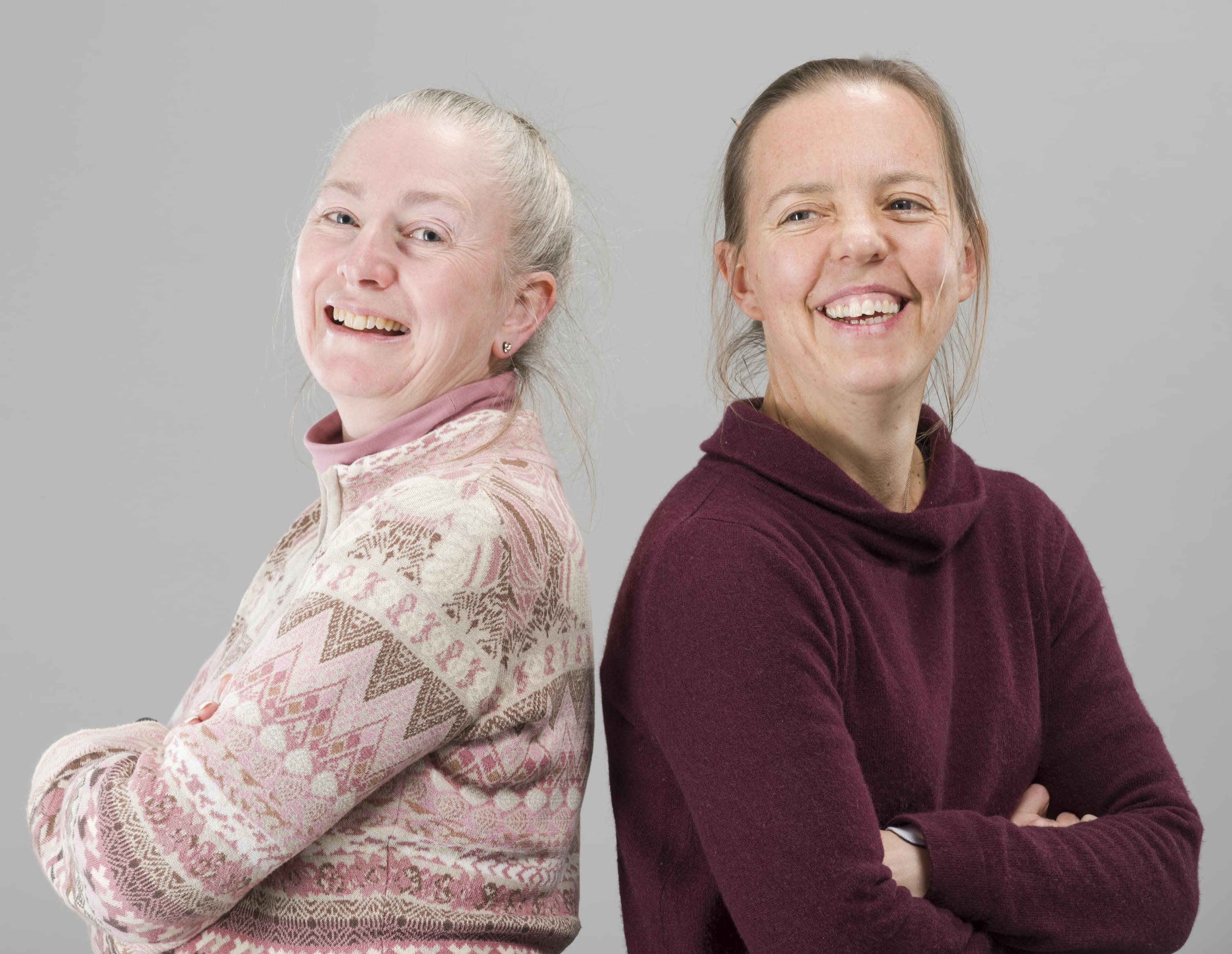 Jane Malcolm Davies and Ninya Mikhaila of The Tudor Tailor combine meticulous research with an irreverent attitude, offering scholarly information with a sense of humour. In this summit, they demonstrate how a woman of the ordinary sort would dress for the day.

The Companye of Merrie Folke 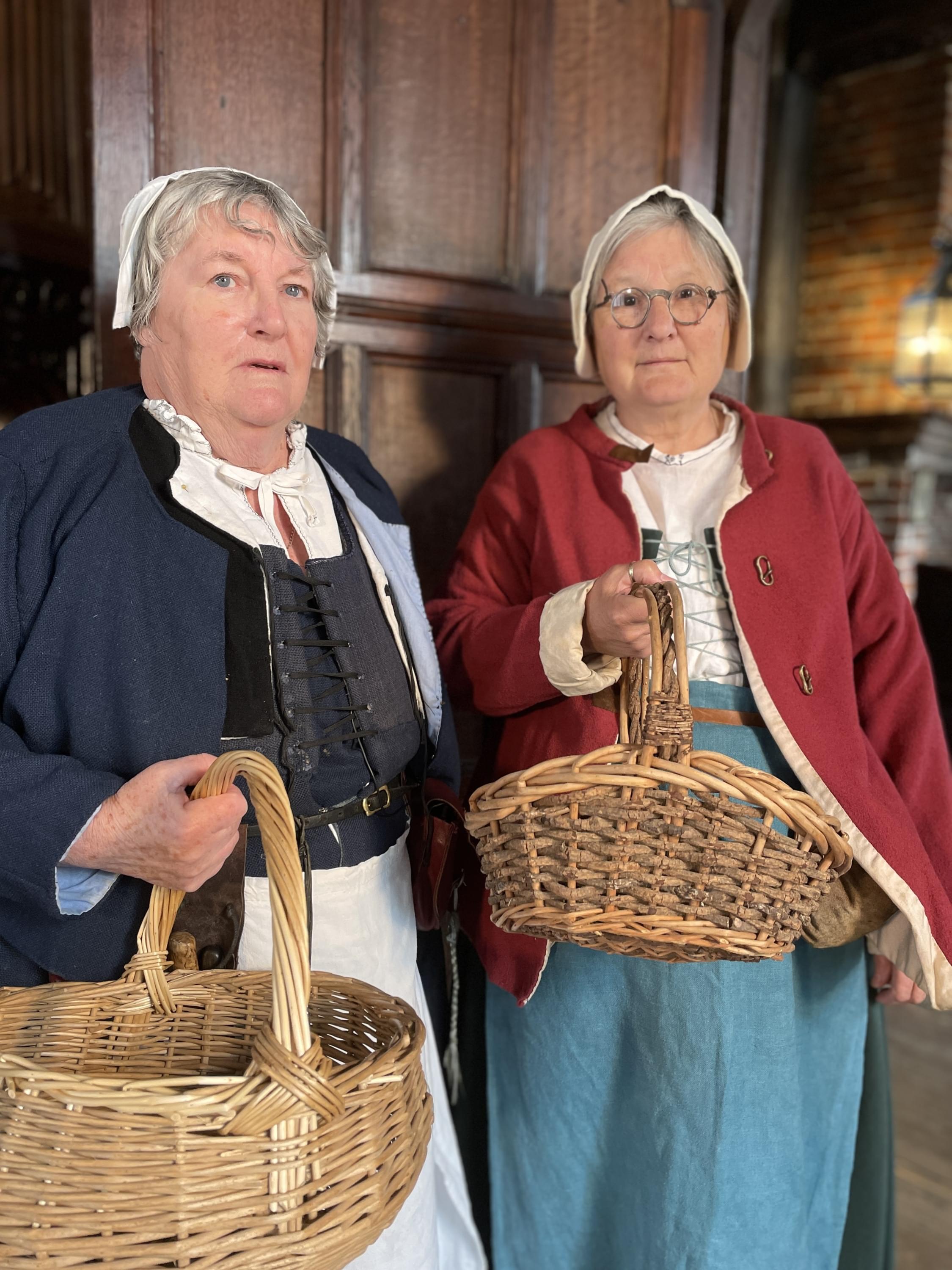 In the final film of the summit, Sarah time travels to Paycockes House in Essex, home to Thomas Paycocke, a wool merchant, and his wife, Anne. Together we will draw back the veil of time and follow the mistress of the house through an ordinary working day. Come along and meet some of the characters of the household and immerse yourself in the past!

PLUS! FOR YOUR ENTERTAINMENT...
A WORLD PREMIER 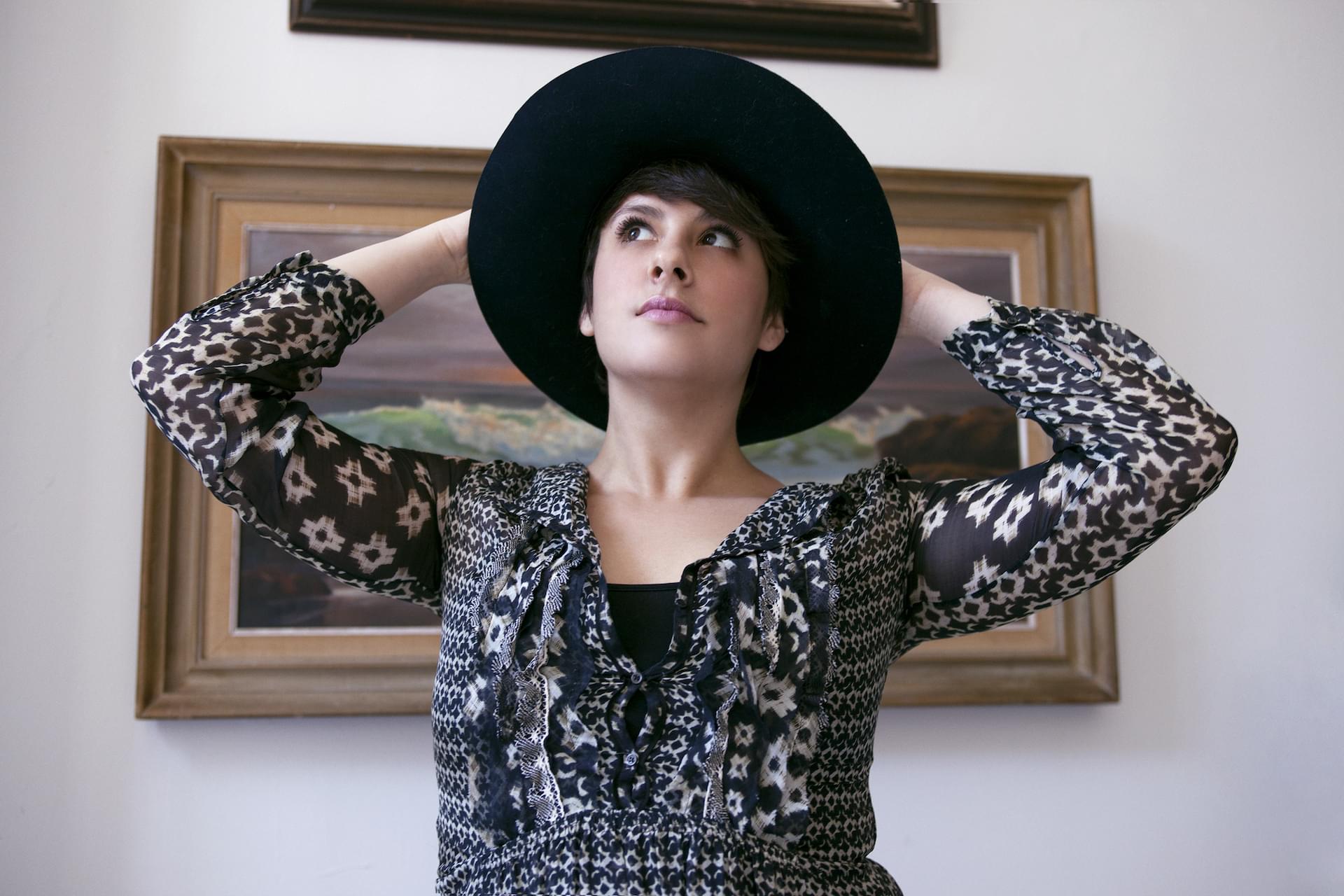 If you haven't already heard, Jessy has written a new musical 'Boleyn' and this year I fell in love with her and her music. So, I am over the moon that four of Jessy's songs, included in the musical will feature as part of this virtual summit. Included will be the WORLD PREMIER of Cromwell's  'Holy Water' - a very moving piece!
So there will be time to relax in between our speaker videos and enjoy music that will have you crying one minute and laughing the next!  Here is a little bit about Jessy:
Jessy Tomsko is a composer, writer, singer, and vocal coach in NY. As a singer/songwriter, Jessy has independently released several albums, singles, and EPs, and has shared the stage with such artists as Joan Osborne, Loudon Wainwright, Dar Williams, James McCartney, and Edwin McCain. She was a featured vocalist on October Project’s Book of Rounds, with whom she also performed as a soloist at Carnegie Hall in 2017. Jessy is a vocal coach on Sesame Street and the Apple TV show Helpsters, and she is regularly a guest artist at NYU’s Clive Davis Institute of Recorded Music. As a musical theatre writer, Jessy is the composer/lyricist for BOLEYN, and has also written the book, music, and lyrics for new musical IN EMILY'S WORDS. BOLEYN was recently the featured performance at the 2021 TudorCon in Lancaster, PA, and IN EMILY'S WORDS is currently in development in NYC with the Emerging Artists Theatre Company and the Combustion Collective.
You can connect with Jessy on Twitter via @jessytomsko
What People Have said
about Previous Virtual summits
The 1535 Progress Virtual Summit
I can’t tell you how much I enjoyed your progress! I learned so much & would give anything to see the beautiful gardens for myself. Maybe someday! I wanted you to know how far your voice travels! Thank you for your dedication!!!
Darlene T - Buckeye, AZ
The Field of Cloth of Gold: 500 Virtual Summit
I can say I really know a lot about this event now! It was so enthralling and by the time I got to your final video last night, I was so happy! My husband even commented as he watched me glued to the video how excited and happy I looked.
Stacy B- GAinsville, VA
The Life and Death of Cardinal Wolsey Virtual Summit
First of all, let me thank you most sincerely for a wonderful Virtual Summit on Cardinal Wolsey!
Thank you for enriching my life on my favourite aspect of English History, the glorious Tudors!
Colleen C- South Africa
Copyright © 2021 - The Tudor Travel Guide